Awesome Online Marketing Campaigns That Will Inspire You 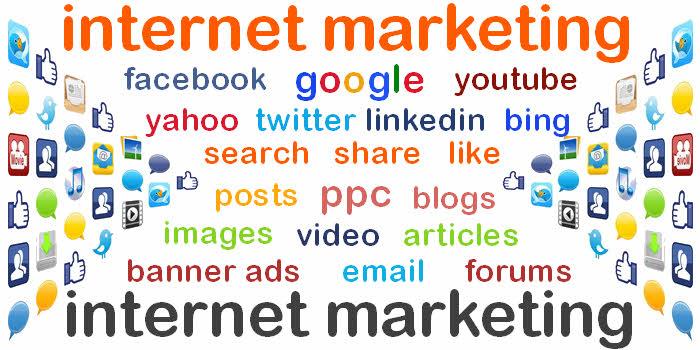 What makes an effective online marketing campaign? In the days before regular internet use, marketers would use traditional tricks for getting their message across; a TV commercial with a catchy jingle, a concise newspaper ad or some large-scale flyer distribution. Unfortunately for some, the days in which marketing could be achieved by simply following a checklist are long gone.

These days, a successful business needs to be established online with a website, social media presence, directory listings and internet-compatible marketing techniques. BeastsOfPoker is a good example of this! Old-fashioned ‘outbound marketing’ (i.e. the bombardment of ads to as many people as possible) doesn’t work on the internet. People find these ads intrusive and uninteresting. In the age of ‘inbound marketing’, internet users have become accustomed to being exposed only to entertaining, interactive and unique advertisement relevant to their interests.

The effect that the internet has had on globalizing businesses puts further pressure on marketers, as they are no longer competing only with local rivals. Creating a brilliant and engaging marketing campaign is seen as the key to success and, although a big budget helps, more important is creativity. Here are a few brands which went viral with their unique idea of how to attract views and shares whilst promoting their product in a clear and positive way.

Football is the most popular sport in the world; the subject of deep passion felt across every continent on earth. It’s pretty clever of PokerStars, therefore, to make a connection between football and poker. There’s a reason PokerStars remains the most popular online poker site in the world – they know how to establish brand awareness.

First, a video of NeymarJr making an impressively elaborate ‘goal’ into the back of his car is posted under the hashtag#RaiseIt.  Next, a video shows Cristiano Ronaldo accepting NeymarJr’s challenge by boasting an even more incredible shot (into the back of a moving car) in a playful show of one-upmanship.

In the #RaiseIt campaign, PokerStars primarily utilized Facebook and Twitter. The reason they focused on these platforms? The two stars of their campaign, football legends NeymarJr and Cristiano Ronaldo, have amassed millions in followers through their social media accounts on these sites.

Both stars posted their videos to their profiles and encouraged followers to join in on the competitive spirit with their own #RaiseIt videos. Soon, other sports personalities and fans contributed their own clips. Whether impressive or simply humorous, fans were excited at posting under the hashtag because they knew it gave them a chance for their video to be seen and even shared by the football giants themselves.

The marketing campaign was based around the idea that competitive spirit, creativity, strategy, fun and global appeal can be felt in both football and poker – evident in how NeymarJr and Cristiano Ronaldo love both sports. In that sense, the campaign had a strong message which sought to legitimize and normalize online poker, which in some parts of the world is viewed as a taboo.

But the campaign was also successful because it grew organically. The initial videos by NeymarJr and Ronaldo were really all that were needed (though additional videos were made by PokerStars) before fans and followers gave the hashtag a life of its own.

Tipp-ex utilized one specific platform for this particular marketing campaign; YouTube. The video, entitled ‘NSFW: A hunter shoots a bear’ starts by depicting a hunter out in the woods when a bear suddenly appears. The hunter is conflicted over whether or not to shoot the bear, which is when the video becomes interactive. The viewer is presented with two buttons – the options to shoot, or not to shoot. Clicking on either button will take you to a different page which looks exactly the same, except instead of the normal YouTube format, you are actually viewing a full-page flash file.

Regardless of whether you tell the hunter to shoot or not, he decides not to go through with it, and  instead reaches outside of the video frame and into the sidebar Tipp-Ex ad, bringing the Tipp-ex back into the video and erasing the word ‘shoots’ from the video title (a clever way of demonstrating exactly what Tipp-Ex is and how it works). The blank space which once read ‘shoots’ is now a text box where you can type in a number of action verbs to see enacted by the bear and hunter. Typing in “dances with”, for example, will show you exactly that; the hunter and bear demonstrating some moves in the forest.

There are several reasons this marketing campaign was so brilliant. Tipp-Ex literally thought outside the ‘video’ box, resulting in something totally unique. Then there’s the humour, which always boost the share ability factor of an ad. On top of that the ad was interactive. Viewers could play around with it for a good few minutes, typing in different action verbs to see what scene they would be presented with. Plenty of people wanted to figure out how the video could extend beyond the video box, Googling the web in search for an answer. The video was a huge success, attracting over 22 million video views and prompting plenty of spin-offs. All this for a mundane piece of office equipment…

Old Spice “The Man Your Man Could Smell Like”

In an Emmy-winning video ad that has gained 54 million views and counting, an actor called Isaiah Mustafa is depicted as ‘the perfect man’ or “the man your man could smell like”. This 30-second humorous and cleverly filmed clip tells viewers how much better their women’s’ lives could be if their man smelled like Old Spice. The insinuation being that, whilst no man can be as dreamy as Isaiah Mustafa, they can at least use the same body washes.

The marketers made a smart but untraditional decision to target women in an ad for a male product. The idea is that women will want to encourage their men to use Old Spice, whilst men will watch the ad and think that’s what women want them to smell like. In other words, the ad directly targets women but subtly targets men too.

The ad was also effective because it helped communicate Old Spice’s unique brand tone; stereotypically masculine in a tongue-in-cheek way that feels like parody. Once again, Old Spice knows how to appeal to two consumer types; men who like a brand which is traditionally masculine, and men who don’t care about using male-specific products but who appreciate the silly play-along idea that ‘real men use Old Spice’.

Isaiah Mustafa, the new face of Old Spice, became an internet sensation, and the brand subsequently created several videos in the same series.

The list of successful and unique marketing campaigns goes on. The above three demonstrate just a few of countless examples of why it pays off for marketers to think outside the box and utilize social media for brand awareness. Today, making creative and interactive ads is hardly optional – it is fast becoming essential…

Are you a tech nerd and a great writer? I'm currently accepting guest posts. Sounds good?
Get in touch
PrevPrevious5 Tips and Tricks for Saving Your Phone Battery
NextHow the World of Sponsored eSports is Bigger than You ThinkNext