The recruitment programme is targeted at “high-aptitude people” looking to retrain, including soldiers, doctors and nurses. 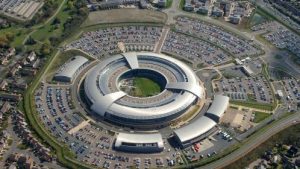 Workers with no background in technology will be recruited to an “elite” force to defend the nation against cyberattacks through a ten-week bootcamp.

As part of a £1.9 billion National Cyber Security Programme announced yesterday, the government will launch the free training course in London next year to turn people looking for a career change into codebreakers.

In a move reminiscent of the War Office’s use of a Telegraph cryptic crossword to recruit for Bletchley Park in 1942, the government will use psychometric tests to identify 50 brilliant brains. Once selected, they will complete exercises including dealing with a nationwide cyberattack. They will also study the mindset of hackers.

The government said that, if successful, the GCHQ-certified scheme would later be introduced nationwide. According to the SANS Institute, the private company running the bootcamp, it will cram two years’ worth of training into the ten-week schedule.

Students on the course would be tracked by leading cybersecurity employers and would be ready to secure jobs on completion.

It added that the programme was targeted at “high-aptitude people” looking to retrain — including soldiers, doctors and nurses.

Matt Hancock, the minister for digital and culture, said: “This new academy will give students the skills the nation needs to fight cyberattacks and help us achieve our ambition of making the UK the safest place to live and do business online.”

The course is part of a package of measures including the creation of a cybersecurity research institute and funding for start-ups working on novel security tools.

Speaking at a technology conference, Philip Hammond, the chancellor, spoke in dramatic terms about the risks if Britain did not prepare adequately to meet the threat from cyberattacks that could potentially bring down the power network.

He said: “We would be left with the impossible choice of turning the other cheek, ignoring the devastating consequences or resorting to a military response.”

David Emm, principal security researcher at Kaspersky Lab, said: “The steps taken by the government to educate individuals across different job disciplines are indeed positive. However, as the government has very specific national security needs in mind, they are in the best position to determine what level of training is sufficient.”

Are you a tech nerd and a great writer? I'm currently accepting guest posts. Sounds good?
Get in touch
PrevPreviousSecurity tycoon puts his trust in Ireland
NextRussians hack US golden girlsNext