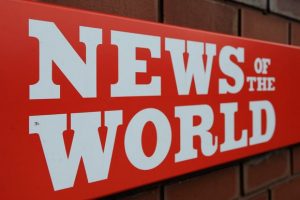 At least nine journalists and three police officers are facing jail in connection with the News of the World phone hacking scandal.

Senior Scotland Yard officers said it was “very likely” there would be further arrests soon. Yesterday detectives released on bail a 63-year-old man after questioning him over hacking and alleged bribery.

Police also moved to secure computers and other evidence in the News of the World (NoW) newsroom in Wapping, east London, as it produced its final edition after 168 years, having been closed down by its owner News International.

— Scotland Yard officers turned on the NoW, accusing it of orchestrating a five-year cover-up. John Yates, the assistant commissioner who re-examined aspects of the case in 2009 and 2010, has told colleagues: “If the News of the World had co-operated properly in 2005-6, we would not be where we are now. It was their cover-up.” But last night, Yates issued an unprecedented apology for letting down the victims. He said his decision not to reopen an investigation into News International in 2009 had been “a pretty crap one”, which he now deeply regretted.

— An internal News International report in 2007 uncovered evidence indicating that hacking was more widespread than previously admitted and that money might have been paid by the paper’s journalists to police. The Met was not told at the time but has now been given a copy. One News International source said: “We were sitting on a ticking timebomb.” James Murdoch, now deputy chief operating officer of News Corporation, was not told about the report when he became executive chairman of News International in 2007.

— Documents reveal a cabal of about six journalists who acted as “gatekeepers” to Glenn Mulcaire, the private detective who was paid more than £100,000 a year by the newspaper. He systematically hacked phones for his clients. All are now facing arrest. Three other journalists who knew about Mulcaire’s activities also face possible charges.

— In a written response to the chairman of the House of Commons home affairs committee which was released yesterday, Rebekah Brooks, chief executive of News International, said she had “no knowledge whatsoever of phone hacking in the case of Milly Dowler [the murdered Surrey schoolgirl] and her family, or in any other cases” during her tenure as NoW editor. The Dowlers are to meet David Cameron tomorrow to discuss the government’s response to the allegations.

— The deputy prime minister Nick Clegg and the Liberal Democrats are seeking to block attempts by News Corporation — the NoW’s ultimate owner — to take full control of BSkyB, even if doing so would threaten their coalition relations with the Tories. Ed Miliband, the Labour leader, is seeking a parliamentary debate on News Corporation’s bid to take full control of the satellite broadcaster. It would attempt to stall the takeover until police completed their inquiries, a process that could take years.

— It emerged that Yates had his own mobile phone hacked in 2005 and 2006 and was told he had to change his personal Pin. Other senior police officers also had their phones hacked, although it is not clear by whom.

Documents obtained by Operation Weeting — the Met’s inquiry into phone hacking — are understood to incriminate six former NoW journalists, most of whom were news editors between 2000 and 2007 when Brooks and Andy Coulson were editors.

Alex Marunchak, Greg Miskiw, Clive Goodman, Neville Thurlbeck, James Weatherup and Ian Edmondson were at one time responsible for running the news desk. They acted as “gatekeepers” to the tabloid’s most sensitive source, Mulcaire, the detective.

At the same time Coulson, Goodman and at least two other NoW employees were allegedly involved in arranging what are now believed to have been cash payments to middle and lower-ranking police officers.

On Friday Coulson was arrested and questioned about emails which allegedly show that while he edited the NoW between 2003 and 2007 it paid thousands of pounds for confidential documents and other information from corrupt officers.

Goodman, the paper’s former royal editor who was convicted of phone hacking in 2007, was re-arrested and also questioned on Friday about the alleged bribes.

At the centre of the new corruption probe is a cache of emails and cash records which allegedly reveal that Coulson discussed with another journalist the payment of substantial sums for the purchase of documents and information.

Two people who have seen them said they showed clear evidence of criminal misconduct.

“During its document trawl on the hacking stuff they discovered some emails which seem to show that senior journalists had been paying substantial sums of money to police officers. They were clearly evidence of serious crime,” said the source.

A second source said: “As soon as I saw them I thought Coulson might get investigated for bribing the police.”

Although the emails do not identify any police officers by name, they cross-refer to the company’s cash records which identify the same four-figure sums as mentioned in the emails. The cash books itemise payments to three pseudonyms, who are believed to be police officers. The payments total about £120,000.

Many of them were signed off by Stuart Kuttner, the paper’s former managing editor, who resigned in 2009. He is among the dozen people who are expected to be quizzed by detectives.

It emerged last week that News International commissioned an internal inquiry in 2007 which uncovered some of the malpractices, but it was not acted upon. The inquiry was launched after Goodman appealed against his dismissal by the company, claiming a number of colleagues were “all aware of phone hacking”.

An inquiry was launched into his claims. Colin Myler, who took over as editor of the NoW in January 2007, told a parliamentary inquiry in 2009 that he looked at 2,500 emails and found no evidence of wrongdoing. Some emails of Coulson and Edmondson were examined.