Virtual Reality Goes Social: Who Will Take Advantage of the Trend? 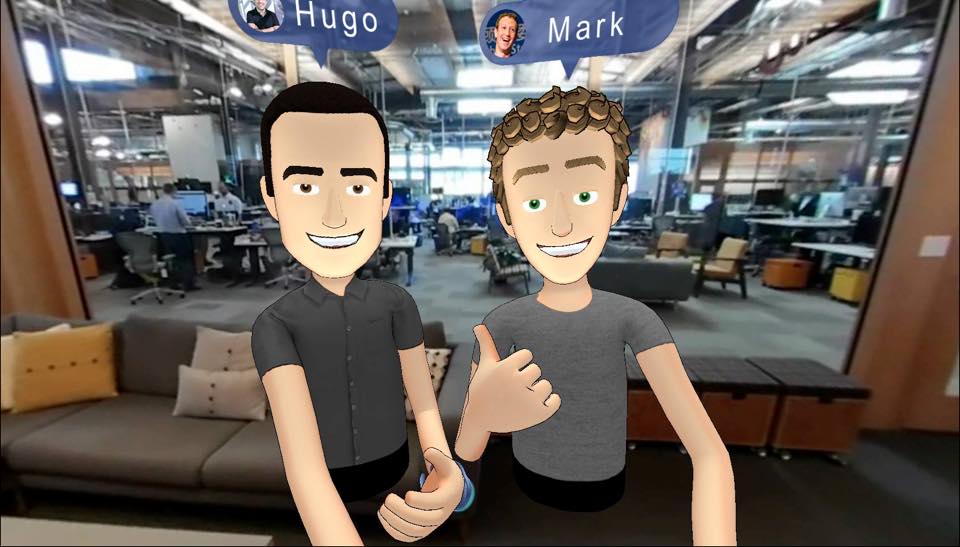 2016 was hailed as the year of virtual reality, but in reality, most of us haven’t spent any time donning our VR headgear indulging in immersive experiences just yet. Although virtual reality sales and reach forecasts had to be revised last year to more conservative estimations, KZero expects more than 50% increase in the number of active virtual reality users in 2017, bringing them to about 90 million.

Experts agree that VR is still set to change gaming and entertainment as we know it, and developers all over the world are working on ways to make that happen sooner rather than later. According to calculations by SuperData Research, the Samsung Gear VR has shipped almost three times the units that the Playstation VR did in 2016, leaving the Vive and Oculus behind. But this imminent leap from our screens to our VR headgear is sure to expand way beyond first-person shooter games – and is largely expected to influence more industries. How is VR going change our life? How can it actually be social?

The industry known as iGaming – or online casino gaming – has been providing bright examples of adopting tech innovations early in order to upgrade services, games as well as their appeal. The early adopter trend in iGaming is still going strong, moving with the times and ultimately reaching VR. Although online casinos started popping up on the web as early as 1994 – which was also the year when the very first gambling software was developed by Microgaming – it was two years later that we saw the first money wager ever to take place online, on the InterCasino website. Planetpoker became the first internet poker room in 1998, but it wasn’t until the turn of the century that the popularity of the industry truly took off, continuing to move with tech trends. 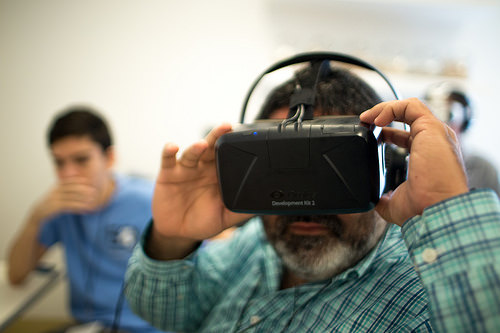 Today, leading iGaming providers are enjoying a big piece of the pie that’s set to reach $100 billion by 2024, while some brands have already started investing in virtual reality technology. The last few years have seen leading iGaming brands enrich their offerings with social aspects, providing in-game chat, leaderboards and friends lists to their players. Live casino games make use of live streaming and RFID technology to provide players with a live dealer, who will handle a real deck of cards or roulette wheel at a real casino table for them. That’s the most obvious step forward for casino VR entertainment, but there’s more to come considering the wide range of casino games. For instance, bgo’s casino game options range from scratchcards to pop culture and legend-themed slot machines which use characters, soundbites and visuals to offer players an immersive experience. In the case of themed slots, with offerings such as Family Guy and Spartacus: Gladiator of Rome, VR technology can help casino game developers create bespoke environments for each slot, taking the theme one step further as an immersive experience. Furthermore, as one can see on the bgo homepage, iGaming brands give their casino lobby a lot of thought, as it’s the place to inform players about new games and promotions – that could also become part of the VR experience, with an interactive, fully immersive casino lobby in which the player would see the games showcased as if they’d stepped into a real-life casino rather than a digital one. At this point, it’s not only about whether who will provide VR experiences first, but who will do it in the most accessible and entertaining way. 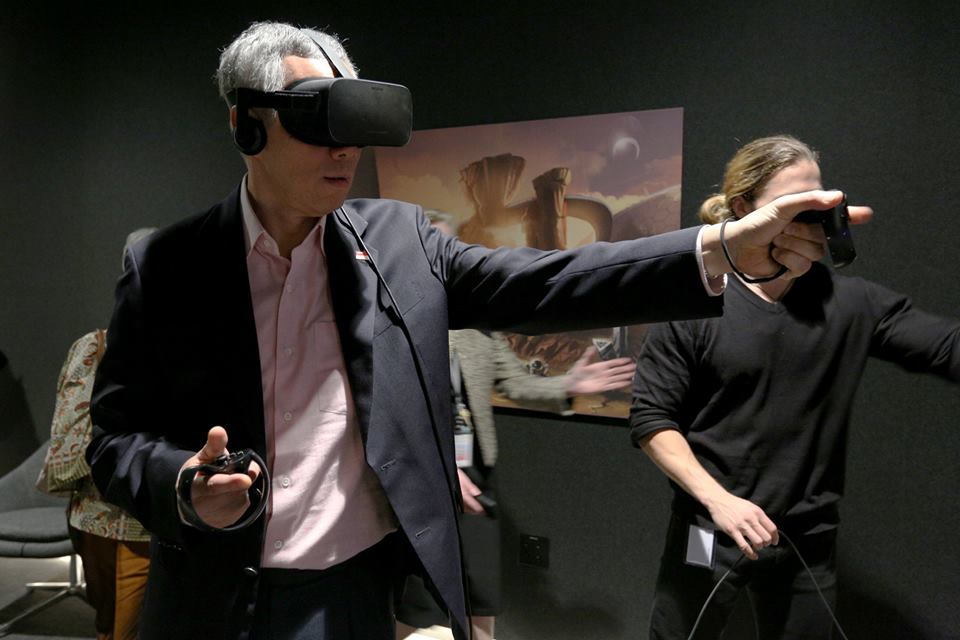 As The New York Times reported on January 26th, Facebook has just appointed Hugo Barra, a former Google and Xiaomi executive, as the head of the social media giant’s virtual reality business. This piece of news comes to further prove Facebook’s plans to provide a virtual reality experience to its 1.79 billion monthly active users. Moreover, Mark Zuckerberg’s announcements were accompanied by an image of Mark’s and Hugo’s avatars in what looks like the brand’s offices, with Mark giving a big thumbs-up to the “camera”.  That is certainly an indication of what Facebook means when they say they want to give people new ways of interacting on the social network and bringing VR to the masses.

Let’s not forget that Facebook acquired Oculus VR, the brand behind the Oculus Rift virtual reality headgear, in 2014. The $2 billion price tag paid for the VR innovator was just the beginning of the mind-blowing investments Facebook made in the tech field in the coming years. More recently, Zuckerberg said that they plan to spend over $3 billion in the next decade improving virtual reality. If those numbers are anything to go by, it’s a given: social networks and social media are certainly one industry that’s going to be transformed by Virtual Reality – and probably lead the way in terms of injecting the social element into VR too.

Although “Educational Technology” was only coined as a term fairly recently, forward-thinking educators and academics have been finding new ways to implement technological advancements in the classroom for decades, to offer students more diverse routes to learn.

For instance, videoconferencing was first applied to Museum Education, as the discipline relates closely to the study of visual and general multimedia material, an example of which is the Smithsonian Museum providing virtual tours to students and other visitor demographics. Although these are not yet conducted in virtual reality but rather refer to video links to the museum, the ties between the two are obvious. The surge of companies developing packaged curriculum and tech tools for schools to use VR in the classroom is impressive, with brands such as ZSpace, Immersive VR Education and more dedicating themselves solely to that niche.

Bringing in the social VR aspect, platforms dedicated to VR learning, including Lecture VR and Unimersiv, are taking a page from Facebook’s book and looking into bringing social interaction into their already immersive VR teaching experiences. University Education is also on board, with Pennsylvania State University developing a virtual engineering lab where students will be able to virtually assemble machinery and observe each other doing so and comment on their performance. As TechCrunch’s Elizabeth Reede remarks, VR education could further allow for “bridging cultures and fostering understanding among young students”.

We are on the brink of a Virtual Reality revolution. Yes, it’s admittedly still making baby steps. However, with the number of big businesses and institutions invested in the technology combined with the wide range of its applications – especially in regards to social VR – there’s no question that these three fields, as well as a whole host of others, are going to undergo major changes very soon. How will big players in each field, such as Facebook, bgo and the Pennsylvania State University adapt

Are you a tech nerd and a great writer? I'm currently accepting guest posts. Sounds good?
Get in touch
PrevPreviousWhy Website Security is Important for Your Business
NextMaking Safe Online Payments – What to Look out ForNext