Nokia smartphones return to take on Apple and Samsung

Once the most popular mobile phone brand in the world, Nokia is to be revived with a new range of smartphones, designed in London, that will be released in the first half of next year. 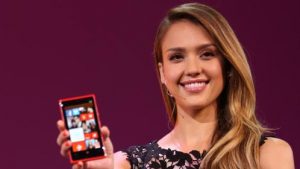 HMD Global, the company behind the Nokia renaissance, said that the new devices were likely to include entry-level and premium products and would not be cluttered with
pre-loaded apps but focus instead on functionality, such as long battery life.

Nokia dominated the mobile phone industry for nearly 30 years but its fortunes began to wane with the launch of the iPhone in 2007. Its share of the smartphone market in 2007 was 49.4 per cent but within six years it had dropped to 3 per cent.

It sold its mobile phone business to Microsoft for $7.2 billion in 2013, despite few telecoms observers giving it much hope of a revival. Those fears proved to be well founded and last year Microsoft wrote off $7.6 billion in Nokia’s value and slashed thousands of jobs, despite the brand’s popularity with celebrities, such as the actress Jessica Alba and businessman Sir Philip Green, who was spotted using one as recently as June.

Now a team of Nokia and Microsoft veterans has formed HMD with the aim of reviving the Nokia brand and moving into smartphones.

Yesterday HMD announced that it had finalised a ten-year licensing agreement with Nokia giving it exclusive use of the brand on mobile phones and tablets worldwide.

Mr Seiche said that HMD had also bought outright Microsoft’s Nokia-brand feature phone business, which makes basic phones that are popular in emerging markets and which has thousands of staff in 40 countries.

The market for feature phones, although in long-term decline as smartphones take over, remained strong with several hundred million devices sold every year. “The [feature phone] business is profitable and we are either No1 or 2 in this category,” Mr Seiche said.

Profits from the feature phone business, as well as its extensive sales, marketing and distribution networks, would be put towards development of a new range of Nokia smartphones. Its London-based team would design the new smartphone range.

HMD has backing from a group of unnamed private equity investors, who are ploughing money into the venture via a fund called Smart Connect. Mr Seiche would not disclose how much had been invested in HMD or how much it had paid for the licensing deal or to buy the business from Microsoft.

The new Nokia smartphones phones will be manufactured in Vietnam by the Taiwanese group Foxconn and run Google’s Android operating system. In a related, development Foxconn has purchased Microsoft’s Nokia-brand factory in Vietnam and the research and development division in China.

Are you a tech nerd and a great writer? I'm currently accepting guest posts. Sounds good?
Get in touch
PrevPreviousSheku Bayoh PC deemed fit to stand trial in data case
NextDon’t Panic: ‘A rogue program is eating up my broadband speed’Next