Teddy Sagi has sold a third of his shares in Playtech, his online gaming platform, pocketing about £330 million 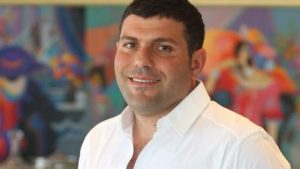 The deal will reduce the Israeli gambling and technology billionaire’s holding in the company, which he founded in 1999 and built into the world’s largest online software gambling provider, from 33.6 per cent to 21.6 per cent. He is seeking to continue the diversification of his portfolio into property, ecommerce and other areas of technology.

Demand for Mr Sagi’s Playtech shares was so high that Brickington Trading, his investment vehicle, increased the size of its placement from an initial 32.3 million shares to 38.7 million shares, which were were placed at 850p, 7.5 per cent below Tuesday’s closing price of 919p.

By reducing his shareholding below 30 per cent, Mr Sagi will lose the right to appoint two non-executive directors to the board of Playtech. However, he is expected to remain closely involved with the gaming company, which forms the basis of his estimated fortune of more than $3 billion.

In addition to Playtech, Mr Sagi has also floated three other companies in London: SafeCharge, an online payments group, Crossrider, a digital advertiser, and Market Tech, the owner of Camden Market.

He was once known for his playboy lifestyle, but is said to have settled down as his business empire continues to expand.

Playtech has completed the purchase of a 70 per cent stake in Consolidated Financial Holdings, which provides provides services to retail brokers, to expand its financial division.

Simon French, a leisure analyst at Cenkos Securities, said: “Teddy has still got a big stake [in Playtech] and he remains a fairly integral part of the overall leadership and brainstrust there.”

Mr French, who has a “buy” rating on Playtech, noted that the latest share placing effectively would create a more liquid shareholder base for the company. “It’s got a very good technology platform at the heart of what it does and excellent long-term contracts with companies around the globe,” he said.

These contracts include a five-year deal with News UK, owner of The Times and The Sun, to operate the tabloid paper’s Sun Bingo and Fabulous Bingo websites and mobile variants.