Micro Focus International, the country’s second largest software company with a stock market value of around £5 billion, has made a string of acquisitions in recent years but the purchase of HPE’s software business is its boldest move 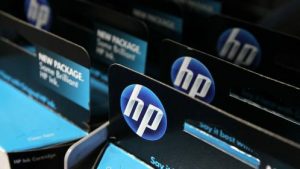 It comes two months after the purchase of Arm Holdings by SoftBank of Japan renewed fears that Britain’s leading technology companies were being snapped up by foreign businesses to the detriment of UK industry.

Under the terms of the acquisition Micro Focus will issue HPE investors with shares in the British company. The deal also means that a substantial proportion of the old Autonomy business returns to Britain five years after HP’s ill-fated acquisition. About a quarter of the HPE software business comprises old Autonomy products. HPE Software and Micro Focus will have combined annual revenues of $4.5 billion.

Micro Focus recently joined the FTSE 100 and this year spent $540 million buying Serena Software, a Silicon Valley-based company. That came after the purchase of Attachmate Group, another US company, in 2014 in a £730 million deal.

Shares in Micro Focus, which have risen 60 per cent over the past year, fell 6p to £19.55 before news of the deal broke on Sky News but rose more than 20 per cent to £24 in early trading this morning. The company said it would return $400 million (£300m) to Micro Focus shareholders before the deal is completed.

“The merger will create one of the world’s largest infrastructure software companies with leading positions across a number of key products,” Kevin Loosemore, executive chairman of Micro Focus, said.

Before a major restructuring last year which led the company being split in two, HP was thrown into turmoil by the Autonomy deal when it claimed that Autonomy had mis-stated its sales. HP sued and Mike Lynch, Autonomy’s founder, steadfastly denied the accusations and counter-sued for defamation. The SFO said in January last year that it was closing its investigation into the sale of Autonomy.

Autonomy was one of several British technology companies snapped up by American buyers, including DeepMind, acquired by Google for £400 million, TweetDeck, which was bought by Twitter, and SwiftKey, a smartphone keyboard software designer bought by Microsoft for £174 million.

For Hewlett Packard Enterprise, the sale represents the continuation of a long process of shrinkage. The original HP was founded in a California garage in 1939 by Bill Hewlett and Dave Packard and became one of the world’s largest technology sellers. Last year the company split itself under a revival plan hatched by Meg Whitman, who was installed as chief executive to revive the ailing company in 2011.

The split created legacy HP, selling printers to consumers, and HP Enterprise, selling servers and services to companies. The restructuring highlighted the difficulty the company faced in increasing revenue in a marketplace undergoing a shift to mobile and cloud computing.

Although the division was supposed to free up HPE for further acquisitions, in May HPE split itself up again, spinning off its troubled services unit to merge it with CSC, the IT services company, in a deal worth $8.5 billion. The sale to Micro Focus continues this trend.

Micro Focus was founded in 1976 and became a pioneering developer of mainframes for businesses. In 2008 it bought NetManage, followed by the purchase of Borland in 2009 and parts of Progress Software in 2013. With headquarters in Newbury, Berkshire, it employs more than 4,500 staff in about 80 locations. Its customers include 91 of the Fortune Global 100 companies.

In July Micro Focus reported that annual pre-tax profit had more than doubled to $195 million on revenues of $1.2 billion.

Are you a tech nerd and a great writer? I'm currently accepting guest posts. Sounds good?
Get in touch
PrevPreviousCork software supremo is king of his domain
NextPlaytech tycoon sells stake with eye on hot propertiesNext