In the strange haze of goodwill toward Microsoft that followed the release of its hey-it-actually-works operating system Windows 7, little mainstream attention has been paid to the potential rise of an alternative to living in the Bill-Gated community of expensive, proprietary operating systems. 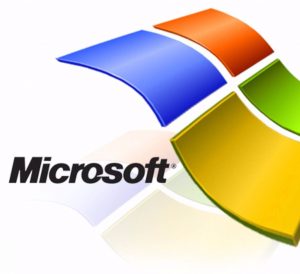 There’s a chance that the last time you went to buy a laptop you noticed that, hmmm, it’s cheaper if you get it with that Linux thing. Chances are you didn’t get it: Linux has been hovering at about 1% market share in PC operating systems for some time.

By contrast, Windows 7 is estimated to be already at about 4% only a few weeks after its launch. Public relations and marketing do count, especially when allied with decent word-of-mouth. Vista’s progress was slower, but it was instantly notorious, and “replaced” a reasonably popular system in Windows XP.

It’s not that users are necessarily wedded to Microsoft products. The company’s Internet Explorer is the top browser, but it has been losing ground to the open-source Firefox browser, which now does about a quarter of global web-browsing. (Its open-source nature means, effectively, that like Linux its inner workings are shared and users are free to tinker with it). Open Office has been gaining on Microsoft Office in word-processing and spreadsheets, and Microsoft’s Bing appears to be in a losing struggle to crack Google’s dominance of online searches.

But if Microsoft isn’t all-powerful, it certainly is ubiquitous when it comes to how our PCs operate and “interface” with us. I’m old enough to remember when the alternative to an Apple Mac computer was colloquially called an “IBM”, to the frustration of the many other manufacturers of non-Mac desktop PCs. Nowadays the generic name for a non-Mac is “Windows”.

Given the popularity of Firefox and Open Office, it seems that consumers don’t mind breaking away from Microsoft, but draw the line when it comes to the operating system. There is some room for leakage to Linux for people using the latest cheap netbooks – some manufacturers are happy to ship a few netbooks with the open-source Linux-based Ubuntu operating system – but Microsoft is defending that corner of the market by keeping XP in circulation for those little machines, and indeed by making Windows 7 less of a memory/processing hog than Vista, and thus more netbook-friendly.

Linux and its progeny should be the future of computers, not only because they stand for intellectual freedom and a route away from a corporate-dominated PC world, but because (representing the freely shared collaborative efforts of a whole world of developers) they work beautifully.

Inertia among PC users isn’t simply to do with being brainwashed by Microsoft, however. For the average user, Linux can seem a bit like a research project rather than a background tool that makes your computer work for you. That’s nothing to do with its functionality – chances are that any of your normal computing jobs could be performed as well or better, and more reliably and securely, on a Linux-based system, and with an interface no harder to use than Windows (though in a few cases with a learning curve). But the culture of geek-enthusiasm that surrounds Linux can be as offputting as it is endearing.

For many users, the thoughts of introducing an ethical dimension (“free as in speech, not free as in beer”) to turning on a PC could be maddening. Soon after you start trying to read up on Linux, you find yourself introduced not only to heavily freighted jargon, but to political splits. Is this particular piece of software open source, or “free”, or even “libre”? Does this “distro” contain any “non-free” elements?

The admirable Free Software Foundation keeps a running tally of Linux-based operating-systems that it reckons are “truly free”. The list doesn’t include the most popular one, Ubuntu, despite its being named, with toe-curling political correctness, after a South African philosophy that means “humanity towards others”.

All in all, the chances of Linux breaking the Microsoft monopoly in the short to medium term are slim, although its numbers are growing. Its continued existence is a useful reminder, however, that big corporations are not the font of all progress, and that good ideas don’t need to be hoarded as property, but can be passed around for the common good.