In blow to Microsoft, Dell will pre-install rival product on its PCs after receiving flood of requests from users 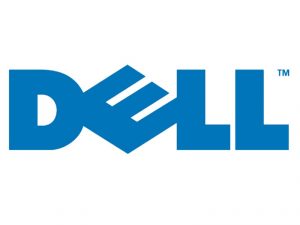 Dell is moving forward with plans to sell computers pre-installed with Linux, the “opensource” operating system that competes with Microsoft’s dominant Windows.

The world’s second-largest PC maker has chosen the Ubuntu 7.04 version of Linux, code-named Feisty Fawn, after receiving a flood of requests for the option to choose the software when it asked consumers for suggestions on a new website called IdeaStorm.

Dell’s decision to ship Linux is a blow to Microsoft, the world’s largest software maker, which makes the lion’s share of its profits from Windows. Opensource projects make the computer code behind their software freely available, but can charge for support services. In contrast, groups such as Microsoft charge a license fee to use the computer code itself.

The best-known opensource product, Mozilla’s Firefox internet browser, has been steadily chipping away at the lead of Microsoft’s Internet Explorer and now accounts for as much as 25 per cent of the market in some territories.

However, Dell’s move to Linux also signals a switch in tactics from the embattled computer maker as it strives to regain market share lost to Hewlett Packard, which has also offered Linux-powered computers.

In February, Michael Dell, the group’s founder, resumed his position as chief executive of the company, replacing his prot?g? Kevin Rollins. The move came amid criticism that Dell had concentrated too much on its famously efficient supply chain at the expense of customer service and listening to what consumers want.

The decision to return to Linux in response to consumer demand marks a u-turn for Dell, which first offered the opensource system in 1999 but withdrew it two years later, citing insufficient demand.

Dell has not given any pricing details on its Linux products, or how they would compare to Windows PCs.

Consumers who buy Linux machines from Dell will have the option to buy support services from Canonical, a company that has sponsored Ubuntu.

Are you a tech nerd and a great writer? I'm currently accepting guest posts. Sounds good?
Get in touch
PrevPreviousThink Tank: Smash Windows to get free
NextStaff have to get with the programNext