Children of the internet are happy to live a lie 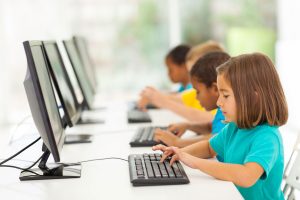 Fake news has an awful lot in common with online pornography. Both are Technicolor illusions that owe their appeal to looking truer than the truth. Both are threats to the supremacy of established media organisations. And both, it seems, will soon have been subject to failed attempts at regulation by people who think they know it when they see it.

In Germany, a large part of Angela Merkel’s party wants to make the deliberate spreading of fake news a crime. The British government says it is “considering the implications” of the phenomenon and may not be far behind. Last month the internet unhinged itself with reports that Facebook was testing its own credibility scores for articles, until that too turned out to be fake news.

Everyone agrees that somebody, somewhere, ought to do something to shelter the public from this polluted deluge of information. The account of “post-truth” that has been told over and over again this year is that lying politicians and a lying press have abused people’s trust so badly and so repeatedly that it is hardly surprising if they should seek out other versions of events.

But what if this story is wrong? What if intervening to protect people from baseless clickbait would be more than an incursion into freedom of speech — what if it might actually make things worse? A study from Stanford University suggests that the problem runs much deeper than is generally thought. The fault lies not so much in Moscow or Palo Alto as within our own minds.

The researchers found that 80 per cent of middle-school pupils could not tell an online news story apart from a piece of native advertising that had been sponsored by a bank. A third of high-schoolers endorsed a fake news tweet about Donald Trump’s polling data over a genuine tweet from Fox News. University students did little better. “Overall,” the academics wrote, “young people’s ability to reason about the information on the internet can be summed up in one word: bleak.”

The findings matter to everyone. These teenagers are the children of the internet. They have also grown up with a comparatively clean species of public life. Their political consciousness has been defined by the presidency of Barack Obama. For them, the words Watergate, Monica Lewinsky and 45 minutes are historical phrases. It is not that these young people have been jaded by decades of spin and mendacity. It is simply that they cannot — or, worse, will not — discern fact from fiction, or reporting from advertising. They do not have the mental wherewithal to find their way around the modern world.

This is unusual. For most of history the human nose for nonsense has been about as keen as it had to be. The impulse to make a bad thing sound good is probably almost as old as language, and since the emergence of the first democracy 2,600 years ago the public has been locked in a verbal arms race with the people who wanted to be their masters.

The ancient Athenians dedicated an entire science to the dissection of rhetoric. The Romans raised propaganda to an art form, with Cicero’s brother publishing a treatise on pamphleteering and the emperor Augustus cladding his soundbites in marble and the hexameters of star poets. The American Revolution and the Great Reform Acts in Britain were followed by huge improvements in the education systems of both countries.

We used to keep up, more or less, with the diet of misinformation we were fed. And now we don’t. The post-truth age is not an age in which politicians and journalists have suddenly begun to lie with abandon. It is one in which it no longer matters if they get caught.

What has changed? It is hard to think of an answer that does not start with the boundless and trackless ocean of stuff on the internet, and on social networks in particular. But there are older cultural forces at play, too. Over the last half-century the argument from authority has died a slow death. The simple fact that things are printed in The Times or uttered by a secretary of state is no longer regarded as any sort of indication that they are true.

This is not necessarily a bad thing. It was never an irrefutable argument anyway. But into its place has crept something much worse: a shrugging indifference that would be called nihilism if only it had the intellectual energy. If there is no universal authority and everything you read is flawed, you may as well just read things you agree with.

It is not truth that has died in the post-truth world: it is our appetite for truth. The only proper response is to get it back. So teach young people source criticism. Teach them statistics. Teach them about cognitive bias. Teach them the virtues and the pitfalls of expertise. Teach them to cover newspaper editorials in red pen marks. Teach them to fill their ears with things they don’t want to hear. Teach them, above all, to mistrust the little voice that says something must be right — because it probably isn’t.

In the end we must all be as responsible for our own critical thinking as we are for our votes. No one else can save you. Not Angela Merkel and not Mark Zuckerberg. Not some factory of penny-a-click magical realism in Macedonia. Not even David Aaronovitch. It’s just you, on your own, against a fathomless tide of scarcely differentiated truths and lies, cliches and insight, omission and distortion and clarity. Best of luck.