Middle-aged brains are getting smarter partly because of the requirements of modern technology, scientists believe. 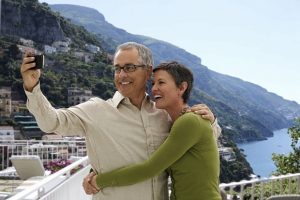 Academics in Austria at the International Institute for Applied Systems Analysis (IIASA) showed that a sample of English people aged over 50 recorded cognitive test scores similar to those aged between 42 and 46 who had been tested six years earlier.

The study, published in the journal Intelligence, found similar results in Germany. In the earlier study, published in the journal PLOS ONE, the cognitive processing speed, physical fitness and mental health of a German sample group was tested in 2006 and again in 2012. Cognitive test scores for those of all ages between 50 and 90 increased significantly over the six years while physical functions and some mental health declined, particularly among men with low education levels between the ages of 50 and 64.

Researchers at the IIASA have been seeking new measures for age that rely on behavioural and physical characteristics rather than the length of time a person has been alive. Cognition, which typically declines with age, is one such characteristic. Scientists believe that they can use it to understand how and why some groups age differently.

Previous studies found that older people were in good health mentally and physically. The study of the German sample group is the first to show distinctly separate trends between cognitive and physical health.

Nadia Steiber, a researcher at the IIASA, thinks the divergence can be explained by lifestyle changes. She said: “Life has become cognitively more demanding, with increasing use of information technology by older people and people working longer in intellectually demanding jobs. At the same time, we are seeing a decline in physical activity and rising obesity.”

The studies suggest that improvements in education explain only part of the effect. Valeria Bordone, the researcher at the IIASA who conducted the English studies, said the increasing use since 2000 of modern technology, such as computers and mobile phones, contributed considerably to the mental dexterity of the older people.

This latest research undermines previous studies that had suggested the growth of technology was inhibiting cognitive activity.

This year a study by psychologists in Canada suggested that some phone users regarded their gadget as their “extended mind”, which could result in them “offloading thinking to technology”. The study argued that new technology led people to expect quick answers rather than devoting themselves to “effortful analytic thinking”. Whatever the benefits of technology for the brain, its continued growth appears to be inexorable.

Figures compiled last year suggest that the number of smartphone users worldwide next year will pass 2 billion — a quarter of the world’s population. By 2018 a third of the population is expected to be using the gadgets.

A study in 2011 found that over-55s were more familiar with basic internet terminology such as wifi, router, cursor and bandwidth than those aged 16 to 24.

The same study found that over-55s were more likely to have taken lessons on how to use the internet than their younger counterparts.

Are you a tech nerd and a great writer? I'm currently accepting guest posts. Sounds good?
Get in touch
PrevPreviousChildren of the internet are happy to live a lie
NextHaj parasols fitted with solar-powered fansNext