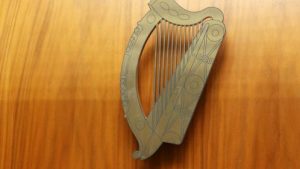 Eric Eoin Marques, who has dual Irish and US citizenship, is wanted by the US authorities on four charges relating to Freedom Hosting, a dark web business he owned that hosted hundreds of child sex abuse websites, said to be extremely violent, graphic and to depict the rape and torture of young children.

Mr Marques is alleged to have made over €1 million from allowing users to anonymously host websites on which millions of images of child sex abuse were posted.

The 30-year-old man, who has an address at Mountjoy Square in central Dublin, has been in custody since his arrest in August 2013. In November that year, his solicitor wrote to the Director of Public Prosecutions and indicated that he would plead guilty if he could be sentenced in Ireland but was refused.

Mícheál P O’Higgins, counsel for Mr Marques, told the Court of Appeal that it appeared the DPP opted not to prosecute because to do so would block the extradition. His surrender to the US was ordered by the High Court last December but was halted pending an appeal.

If extradited and convicted, Mr Marques would face the rest of his life in prison, Mr O’Higgins said, while in Ireland he could face a maximum of 14 years. Mr O’Higgins said the DPP’s unwillingness to explain its decision was like telling a child they cannot go to the cinema “because I say so”.

“The gardai say he did it, the extradition material says he did it,” Mr O’Higgins said, and a major part of the case was the computer seized in Ireland.

Mr O’Higgins said the court had two issues to consider.

These were whether the DPP still enjoyed a “quasi-immunity” from giving reasons for prosecutorial decisions, and whether there were exceptional circumstances present in this case to ground the giving of reasons.

Mr O’Higgins said the DPP’s refusal to give reasons for its decisions was no longer justifiable in light of important recent developments in public law.

Citing the ruling that Thomas “Slab” Murphy, the former IRA commander who was recently found guilty of tax evasion, should be tried in the non-jury Special Criminal Court, Mr O’Higgins said the Supreme Court held in that case that the DPP was obliged to provide reasons for their decisions.

In an earlier Supreme Court case, it was held that people affected by administrative decisions had a right to know the reasons upon which those decisions were based. Mr O’Higgins said the Murphy decision deployed that principle to a prosecutorial decision.

“Murphy didn’t blast the door off its hinges but it certainly opened the door,” he submitted.

Judge Garett Sheenan asked Patrick McGrath, counsel for the DPP, if the reason not to prosecute in Ireland was because it was not in the public interest to do so. In response, Mr McGrath said that would be giving reasons which he could not do.

Lawyers for the Irish Human Rights and Equality Commission, whose role in the proceedings is impartial, said that grounds for all decisions of the DPP should be provided when they were requested or it should be explained why reasons for a decision could not be given.