DAVID CAMERON faces anger from Conservative MPs and campaigners after plans for a review of casino-style betting machines, dubbed the “crack cocaine” of gambling, were blocked. 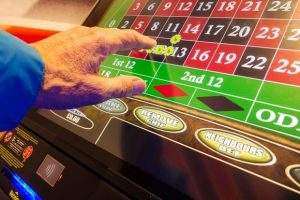 Boris Johnson is among those who have expressed concerns about the proliferation of fixed-odds betting terminals (FOBTs), on which gamblers can spend more than £100 a minute in bookmakers’ shops.

The Department for Culture, Media and Sport had proposed a review of the machines, which made £1.6bn for the industry in the year to September 2014, a £45m rise on the previous 12 months.

The proposal was blocked by the Cabinet Office, however, in a move that Tory MPs say was sanctioned by No 10.

Charles Walker, vice-chairman of the 1922 committee of backbench MPs, said the decision flew in the face of mounting concerns among fellow Conservatives.

“We all know what they are — they are a way of extracting vast sums of money from people who can mostly ill- afford to lose it.”

Derek Webb, of the Campaign for Fairer Gambling, added: “There should be a review of FOBTs, and the Cabinet Office has got no business not agreeing to this review.”

Johnson declined to comment on the blocked review, but said he wanted ministers to treat the machines with the “utmost caution”.

“Fixed-odds betting machines are the scourge of our high streets and are a bad influence on our community,” said the mayor of London and Tory MP for Uxbridge and South Ruislip.

“They can be dangerously addictive, their promise of whopping wins only heeds false hope, and they prey on the most vulnerable. Although this is clearly a matter for the two departments, earlier this year I did urge government to proceed with the utmost caution when considering the maximum stakes available on these machines.”

Tracey Crouch, who campaigned for lower maximum stakes and a limit on the number of betting shops that operate them before becoming sports minister, was behind the push for a review.

Instead, the department is carrying out an evaluation of rules brought in this year that force gamblers to ask permission from shop staff when playing for high stakes. A wider review of stakes and prizes is expected next year.

The Department for Culture, Media and Sport said: “We are conducting an evaluation into the effectiveness of the measures introduced on FOBTs in April 2015. This will feed into our regular, wider review of gambling stakes and prizes.”